The New Geography of Jobs

During the VIII RDB lecture, the Berkeley economist Enrico Moretti revealed “the new geography of jobs”, that is benefiting centers of innovation while causing huge geographic disparities between different workplaces and local communities.

Enrico Moretti is professor of economics at the University of California, Berkeley and the recipient of several international honors, including a Fulbright fellowship and the IZA Young Economist of the Year Award.

With many articles published in top economics journals, his research interests include Labor Economics, Urban Economics and Regional Economics.

His research has been featured in the New York Times, Wall Street Journal, Washington Post and CNN. His book “The New Geography of jobs” has been defined by Forbes “the most important economics book of the year 2013”. 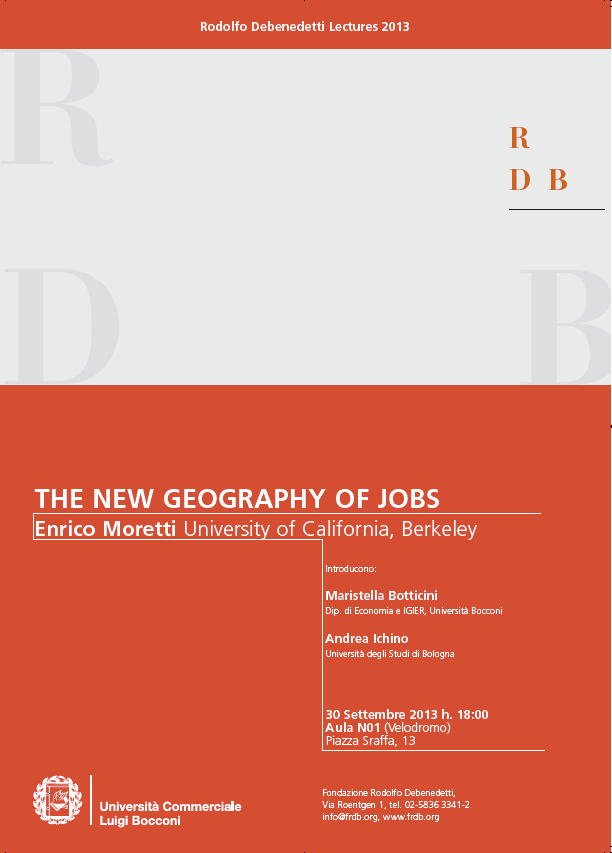