Fighting Poverty in the US and Europe: A World of Difference

On November 20th 2002 Prof. Alberto Alesina (Harvard) held the second Ing. Rodolfo Debenedetti Lecture entitled “The Welfare State in the US and Europe: Why so Different?“. The Lecture has been published on the book “Fighting Poverty in the US and Europe”, by Alberto Alesina and Edward Glaeser, Oxford University Press.
Based on careful and systematic analysis of national data, the authors describe just how much the two continents differ in their level of State engagement in the redistribution of income. Discussing various possible economic explanations for the difference, they cover different levels of pre-tax income, openness, and social mobility; they survey politico-historical differences such as the varying physical size of nations, their electoral and legal systems, and the character of their political parties, as well as their experiences of war; and they axamine sociological explanations, which include different attitudes to race, calculating that attitudes to race explain half the observed difference in levels of public redistribution of income.

RDB Lectures / The Welfare State in US and Europe: Why so Different? 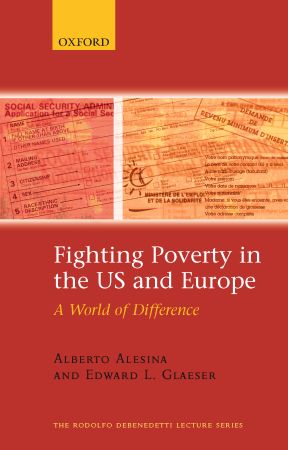