The Fondazione Ing. Rodolfo Debenedetti, in collaboration with University of California, Davis, collaborated to a study on “The Economic Value of College Major Choice” conducted by Giovanni Peri and Massimo Anelli, respectively Professor and PhD student at University of California, Davis.
The study is based on a dataset that collects information on all high school graduates in Milan between 1985 and 2005 (including students from “Liceo Classico” and “Liceo Scientifico”: high schools focusing on humanities or on scientific subjects). Data also include information on their university career, career outcomes and income levels in following years.
This work is the result of a considerable effort in collecting and organising these data throughout two years. The data collection was coordinated by professor Peri with the help of dozens of assistants, who digitized data on 30,000 students of high schools and universities in Milan. The analysis shows very interesting results, observed over a time span of 20 years, on the consequences of choosing different fields of study.
In fact, the choice of a major has a huge impact on career outcomes and on the probability of having success in the job market. However, sometimes young individuals make their choice considering “anecdotes”, without collecting information on the economic consequences of different options. Thus, the study also aims at informing prospects students, teachers and parents of the great importance of these choices, using original data and accurate analysis.
In particular, the research focuses on the following issues:

The study was presented by Professor Peri in occasion of a public lecture held in the Auditorium of Università Bocconi on December 11th, 2013, from 9.00 am to 11.00 am.
Pubblications Pubblications Presentations 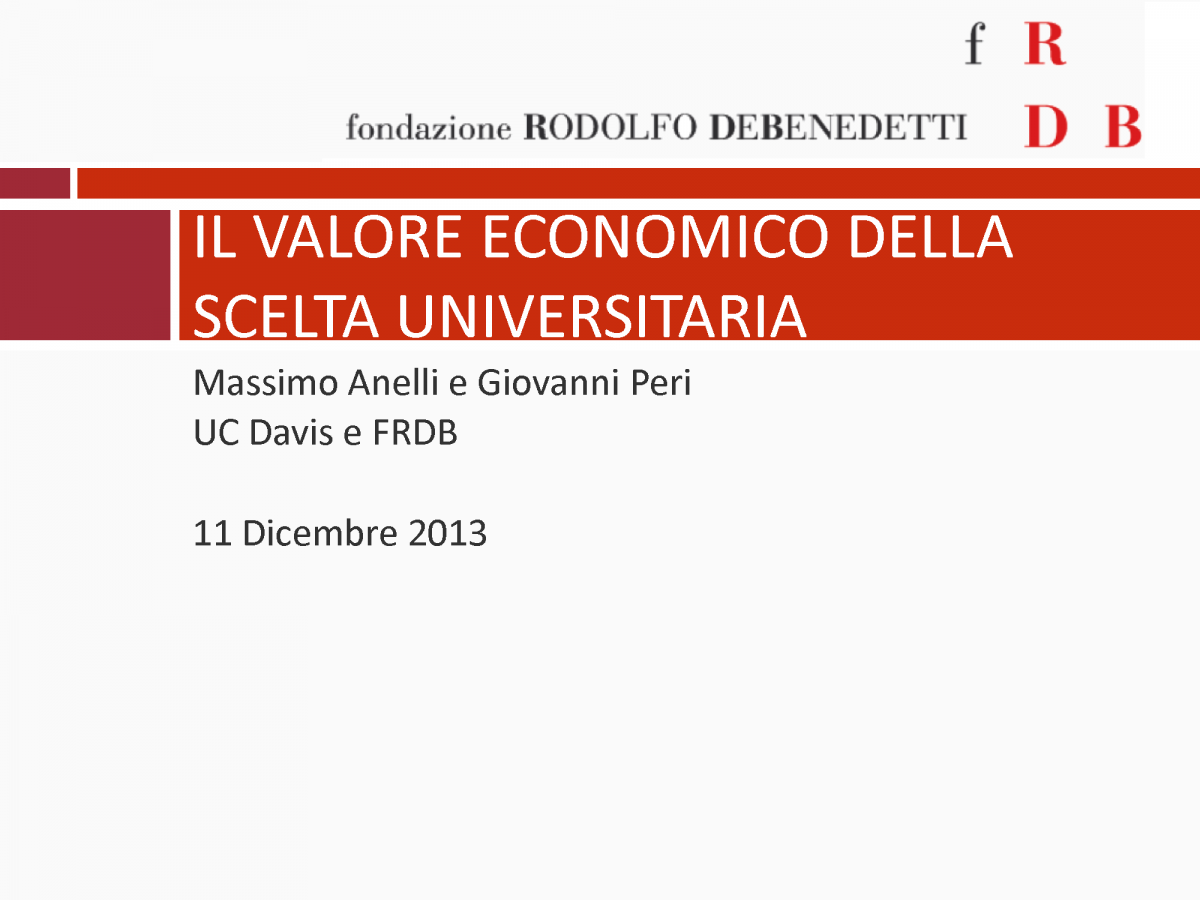