Labour Mobility within the EU in the Context of Enlargement

Report for the European Commission on labour mobility

In this study, we examine the impact of the transitional arrangements for the free movement of workers on the sending and receiving countries. The available data suggest that foreign population from the eight new member states from Central and Eastern Europe (NMS-8) who joined the EU in 2004 has increased from 900,000 in 2003 to 1.9 million in 2007. During the same period of time, the foreign population from Bulgaria and Romania (NMS-2) in the EU-15 has increased from 700,000 to almost 1.9 million, although these countries joined the EU not before 2007. The increase in migration from the NMS is accompanied by a substantial diversion of migration flows away from Austria and Germany towards Ireland and the UK in the case of migrants from the NMS-8, while Italy and Spain have been the main destination countries for Bulgarian and Romanian migrants.

The labour supply shock from the NMS-8 triggered by the EU’s Eastern enlargement during the years 2004-2007 will increase the GDP of the enlarged EU by 0.2 per cent or by 24 billion Euros in the long-term. The main winners are the migrants. However, the total factor income of natives in the receiving countries will increase by 0.1 per cent in the long-term. In the short-term, wages in the receiving countries decline slightly, while the unemployment rate increases modestly. In the long-term, migration from the NMS is by and large neutral for the labour market. The impact on the different groups in the labour market is balanced, although less-skilled workers lose slightly more than mediumand high-skilled workers. The main losers are however foreign workers which live already in the EU-15, while the native workforce gains slightly.

The skill composition of the migrant workforce is relatively balanced. Migrants from the NMS are slightly better educated as the native population in the sending countries, while the educational attainment is comparable to the native population in the receiving countries. However, migrants from the NMS are employed well below their skill levels and the returns to education are very low. Nevertheless there are indications that other human capital acquired abroad such as language skills may command positive returns upon migrants’ return to their home country.

We find little or no evidence that NMS migrants receive a disproportionate part of welfare benefits. They tend to receive less contributory welfare benefits than natives, and not significantly more non-contributory welfare benefits. It is therefore likely that the fiscal balance of immigrants from the NMS for the welfare state in receiving countries is positive, particularly if we consider the fact that migrants from the NMS are less affected by unemployment and have higher labour force participation rates compared to other migrant groups.

Migrants from the NMS are heavily concentrated in certain regions such as the Greater London area and the Vienna area. Nevertheless, even in these areas we expect only modest wage and unemployment effects of migration if at all. 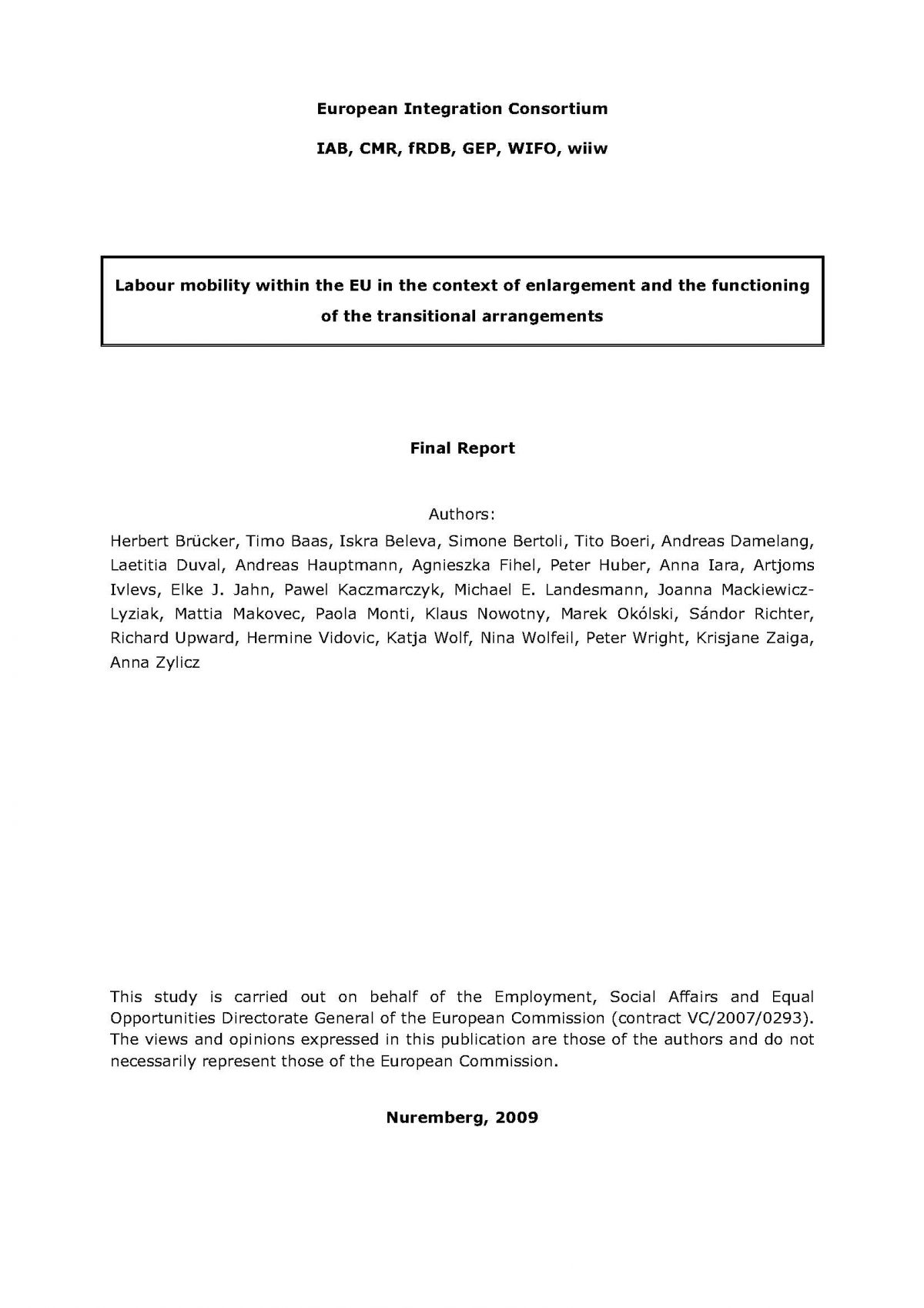