Unexplored Dimensions of Discrimination in Europe: Homosexuality and Physical Appearance

The paper is based on a field experiment carried out in 2012. The Fondazione Ing. Rodolfo Debenedetti activelly participated in the design and implementation of the experiment.

The aim of the research was to study the effect of perceived homosexuality and physical appearances in the labor market by sending fictious résumés to help-wanted ads in Rome and Milan. These are the two Italian cities with the biggest labor markets.
We experimentally manipulate perceived homosexuality by randomly modifying résumés by adding items that reveal sexual preferences. At the same time, we randomly attach to the résumés pictures that have been previously ranked in terms of beauty to study the effect of apprearances on the labor market outcomes.
The field experiment started on January 17th, 2012 and ended on February 21st, 2012. During thsi period, for each city and occupation, we selected the most recent employment ads published in two websites: Job Rapido and Monster. They are the most popular websites among actual jobseekers. We answered to 531 ads, 336 in Milan and 195 in Rome.
>>> Preliminary results were presented at the XIV European Conference of the Fondazione Ing. Rodolfo Debenedetti (9th June, 2012, Trani)
Abstract
We study labor-market discrimination of individuals with “specific” characteristics in Italy. We conduct a field experiment in two Italian cities: Rome and Milan, by sending “fake” CVs to real ads. We find that there is a strong penalty for homosexuals, i.e., about 30 % less chance to be called back compared to a heterosexual male and even more so if they are highly skilled. On the other hand, we find no penalty for homosexual females. We also find a beauty premium for females only but this premium is much lower when the “pretty” woman is skilled.
Pubblications Pubblications Papers 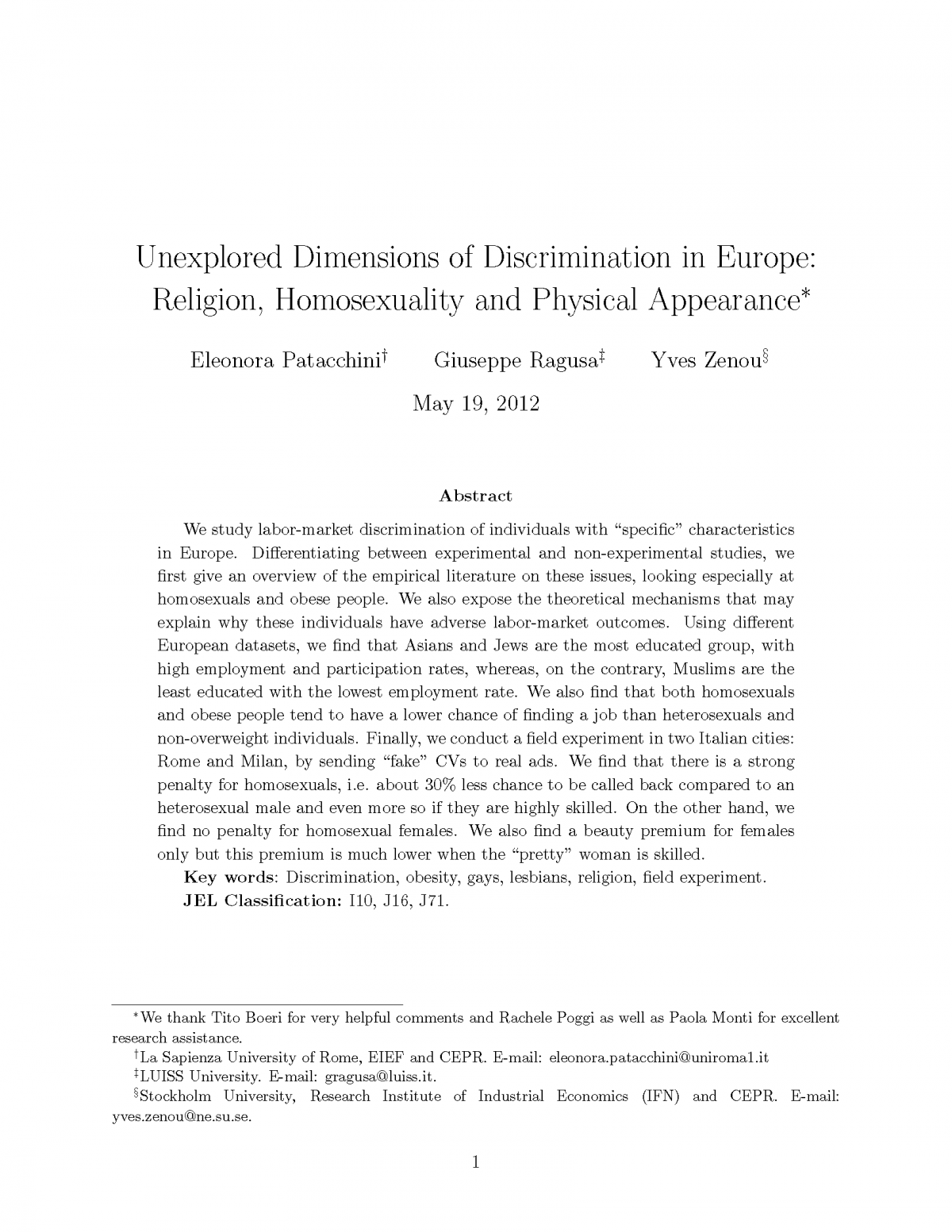